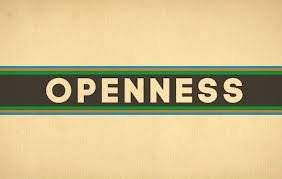 I attended a really inspiring dinner this evening. A bunch of women trying to make a difference in the world – super inspiring stuff indeed. It was very frank, very open. There were blockages discussed as well as successes. One of the examples of blockage was one where a woman told us of her experience working in the arts, where it was perceived that a playing field was quite level between the sexes. The women had as much in put as the men when it came to direction, decisions and discussion.

Then, one weekend the men played a game of golf. Out there on the course, things were discussed and decisions were made, about work. Decisions that would affect the others on the team. When they brought the talk of their discussion and the conclusions that were made, the women were thought ‘over reactive’ for disliking that this has all gone on without them, on a golf course. Asked to clarify, she said ‘you’ve presented me with a decision, rather than invite me into a discussion’.

That really got me to thinking. Not about men vs women, for this could have been a mixed sexes example – I just wanted to tell the story as it happened.

I started thinking about the many examples where this happens – where one party or part of the party, decides things on behalf of others, where that might not be the best way to play it: The silence for 6 months followed by the ‘I’m breaking up with you’. The boss that terminates an employee with no performance management. The parents deciding on big moves and then announcing to the family. The management teams who don’t take staff opinion into consideration and are then shocked at high turnover of staff when they roll something new out.

Are we scared of what might happen if we let people into a discussion? Are we scared as leaders what people might say when asked for their opinion?

The world might achieve a whole lot more if it listened to more people. Think of all the possibilities we shut out, the ideas we silence, by leaving people out of the discussion.

Fall in love again. Find a hidden talent in an employee. Talk to teenagers about big changes at home. Do a workshop day before deciding on major business roll outs.

Inviting people to discuss, is much more rewarding long term, than presenting people with a decision based on a discussion they weren’t a part of. Openness while a little scarier a path, is one that invites not only discussion, but connection and from there, we can really do amazing things together.

Have a beautiful weekend,