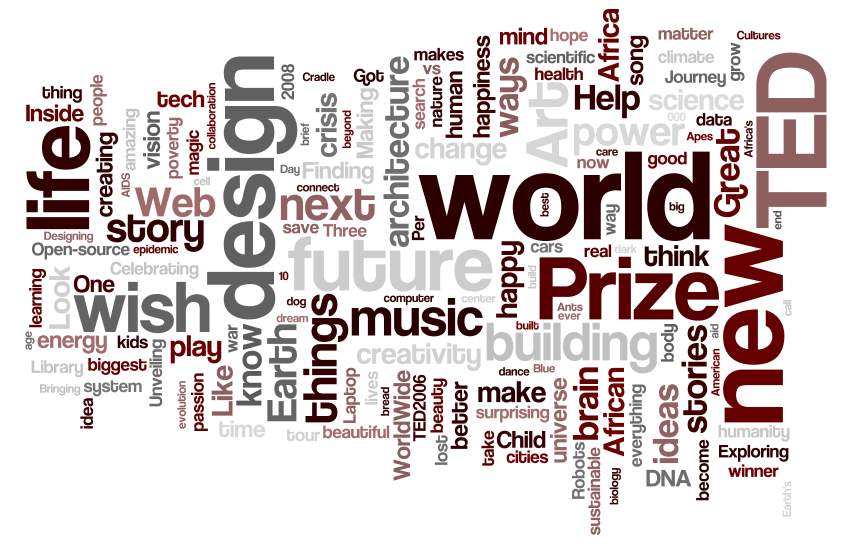 For my inspiration this week, I got to thinking about Shiny Lights and Ted Talks.

The Shiny lights thought came from something beautiful I heard George Clooney say, when he spoke at the Global Leadership forum here in Sydney last year. It was with regards to his amazing work funding Satellite technology and its contribution to the plight of the Sudanese people and the war crimes they face.

“I’m just trying to take a bit of the light that’s shined on me, and shine it on the guy that doesn’t get any light.” Swoon and cheer! That shiny lights analogy has really stayed with me.

There is so much light coming into the world, onto us all, sometimes more, sometimes less, some people way more, some people just a dim flicker, but there’s light – Light that is begging for a wider distribution. Light that begs us to take just a couple of our first world problems, put them to the side and think about who or what we might like to shine a light on, away from ourselves.

The Ted thought then stemmed from that. I’ve been pondering Ted. I dream of delivering a Ted Talk one day. I picture the intro music and graphic and then me standing there talking about… well I’m not going to give it away, am I? To think about that scenario, certainly makes you choose a topic above all others that interest you though, does it not? What if you were given a week’s notice that you had to stand on the Ted stage and speak? What would you speak about? How would you like it to sound? What topic, people or place would you most like to shine a light on, however great or small, and what would you most want the audience to come away feeling? I wonder if we forced ourselves to imagine that scenario, what little flicker inside us would turn into a full blown explosion.

Where do you want to shine the light? What do you think people should know?

Big Thoughts and Bright Minds to you all,