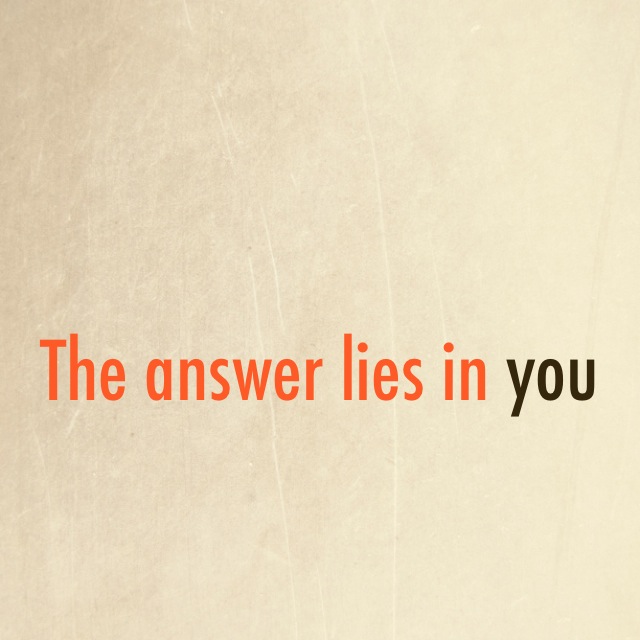 This week I invite Martin Mayer, Biomedical scientist of Concept Holistic Health, to dig up a case study of ‘vagueness’. I hear so many of you who have made all the changes away from industrial foods, more veggies, good physical activity, and sometimes, it just isn’t enough to get to the heart of the matter.

You are absolutely not alone. I have been there myself and I cannot stress enough, the importance of learning more about your own biochemistry. Food is medicine but if there is an imbalance or a genetic issue, it might not heal you the whole way just to be ‘eating healthy’. Something really healthy for YOU may be poison to the next person – even if it’s considered ‘healthy’ as a standard. Be your own best diagnostic and if things are not quite right and they haven’t been for a long time, then this post will hopefully strike a chord and furthermore, help! If you’re a lucky Sydney sider, then you can actually get to Martin’s clinic and get the test he talks about today, done.

Case study: 38 year old woman. Broad symptom? Feeling tired all the time. Here is an interesting case of a French-Canadian lady who did everything right with her diet and lifestyle and still felt tired: She showed me her pathology results from her previous Doctor:

When she eats more protein and unprocessed protein shakes as suggested through her personal trainer, she feels that she has no benefit at all, possibly the opposite, but she is not quite sure, as it does not make sense to her why increasing healthy protein sources should not be good for her. I checked on her diet and it appeared that she did all the right things for the “average person”.

I selected this case to share with you because this is, again, a patient that slips under the standard medical radar. No one had an explanation and no one was able to find the right remedy to help her somewhat vague symptoms.

I explained that her symptoms were valid, even though no pathology test could find what was wrong with her. It was not “all up in her head” like one practitioner told her and we simply needed to find out MORE.

Based on all the information given, I focused now on her Biochemistry. I suggested performing one test only: The Organic Acid Test.

Alexx’s intermission… When you’ve tried all  the ‘usual things’ the first thing you should think about is private biochemistry tests, for the simple fact that you can receive information about your unique situation that does not show up in standard pathology. You can save so much time and money on years of seeing various doctors and holistic practitioners, trying different expensive herbs… Many people say ‘but $1500 for a blood test is too much’ and yet if you added up a year or two’s worth of therapies, supplements and specialists, it’s very easy to get to $1500 and not yet get to the true answers. So many people are left frustrated and still without answers. I have been that person myself.

NOBODY IS THE SAME. NO ONE SOLUTION EXISTS FOR ALL

It is a urine-based test, and it reveals a lot of information, which most other pathology test cannot find:

The test analysises the process of digestion through the Krebs Cycle which is the center of our energy production within our cells.

It took four weeks to receive the test results back from my overseas partner lab. As with each organic acid test, I then spent the better part of a day interpreting the data, and then it was clear to me what the patient’s problem was: She actually could not metabolize proteins in a normal way. She had the typical biochemistry for MSUD (maple syrup urine disease), however, the biochemical values suggested that it would be a mild subtype of MSUD.

I explained to her:

You do have a genetic subtype of MSUD. It is a mild form of MSUD. It is a rare disease, but there are many subtypes, which are more common than the literature suggests. It is found more often amongst French – Canadian ancestry. It means that you have to exclude protein, which is rich in leucine, isoleucine, and valine.

When you eat these amino acids your body produces toxic by-products in the blood , affecting your energy production, your nervous system, your muscle performance and your respiratory system as well. All of your symptoms are now explained right there, quite simply and quite definitively.

The amino acids “leucine, isoleucine, and valine” are essential and unfortunatelty found in most protein rich foods, but it’s not a disaster in terms of options. She was both, intrigued about the revelation about her genetic disease, and at the same time she realized that her diet “rich in protein” was actually a poison to her, personally. It was a relief to now have the answer that validated her symptoms.

The protein rich diet was the very reason why her symptoms became worse over time, because protein shakes contain by definition a very high concentration of theses amino acids as they are good for muscle building.

We investigated what sort of food contain the least amount of these amino acids,  as she was of course keen to get on top of her fatigue. She found some support through various MSUD self-help associations to select the most suitable food and still have lots of delicious options.

When I met her a couple of month afterwards, she was in much better health then ever before and her tiredness, nervousness, and other associated symptoms where significantly reduced – not quite “normal” yet, but much better than before.

This is yet another case where the average health approach is not always going to be helpful.

The more individual pathology tests are performed, based on biochemistry, DNA and DNA expression, the more we understand how individual we are, actually.

There is no “ONE SIZE FITS ALL” in biochemistry, in diets, in ways to feel ‘well’.

So if you’re frustrated after endless changes to your diet, bottles and bottles of supplements over the years and vague symptoms that no one seems to have the treatment answers, a detailed test such as the Organic Acid Test may just finally end your guess work and searching, once and for all.

Did you catch Martin’s last guest post on toxins and their link to infertility?

As always, if you have a question for Martin or a type of condition you’d like for him to provide a case study for, leave your comment or share your story here. I can’t help but wonder why medicare doesn’t fund these tests and there isn’t a lab here? My Erin Brochokich style of mind can’t help but suggest that sick people are more profitable… BUT they are also more costly. There’s another test Martin does that I’ve had, called the CYP 450 which anazlyses the function of a small group of detoxifying enzymes. The state of these enzymes also determines what pharmaceuticals will be safe for you or a disaster for you… Also NOT a medicare available test. Imagine if half the people taking antidepressants or cholesterol medication found out that their medication was far more hinderance than help to their situation and stopped buying it. Hmmm…

Here’s to getting to the bottom of the ‘weird stuff’ for more peeps in our community.

Martin joined Concept Holistic Health in 1997 as a Biomedical Scientist. His particular clinical interests lie in molecular biology including DNA biomarkers, pharmacogenetics, very early disease and cancer detection and environmental toxicology. He is at the leading-edge of science in many of these areas, being able to offer testing not available elsewhere in Australia.

Martin puts science into the holistic context, interprets pathology reports into understandable language and brings pathology alive to everyone.

Martin’s scientific analysis complements Concept’s naturopathic solutions, providing an advanced, unique and effective approach to health and wellbeing. He is extremely thrilled to be adding a medi credit option to allow people to afford the more expensive tests he runs with payment installements, to allow people to invest in this incredibly detailed information about their unique body.

DISCLAIMER: THIS IS NOT INTENDED AS MEDICAL ADVICE. IF YOU ARE EXPERIENCING ANY SUCH SYMPTOMS, PLEASE SEE YOUR HEALTH CARE PRACTITIONER.

What’s my relationship with Concept? Christine Schwedhelm, Martin’s partner in the business, is my naturopath of 10 years, with nearly 30 years experience and I really like the scientific and concrete evidence approach to healing, before throwing a bunch of pills, albeit natural ones, at the problem. Being a nerd, I take comfort in knowing that, while the testing side of things isn’t ‘free’ because it’s a private lab, at least we know exactly what to treat, given so many symptoms can overlap across various problems. Don’t think of it as an expense, but rather an investment when it comes to the blood tests. It’s like buying the Le Creuset crock pot and having it for the rest of your life, vs repeatedly buying cheaper versions every few years, that eventually break. Quality, NOT quantity!

I’ve particularly loved the psychotherapy / counselling element during the time of quitting smoking nearly 10 years ago now, or learning relaxation, or going through a hard time as a new mum. Anyway, Martin and I got chatting as they didn’t have a blog, about providing some free information and investigative pieces here, and I said, of course, yes! I take a nominal fee to cover my couple of hours editing and preparing the post for publishing and am really thrilled to bring this new dimension to the blog to life.