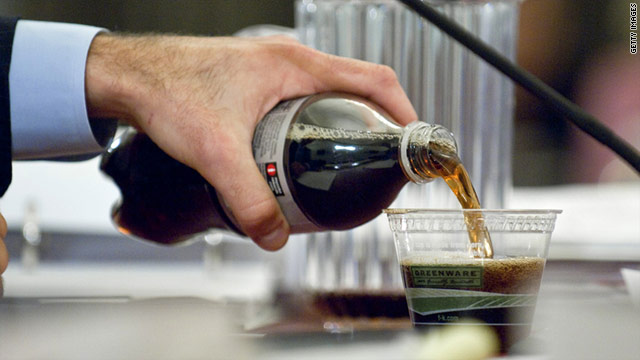 What is aspartame actually made from? That question was finally answered recently, when the aspartame patent was made available online recently.

Find a copy of it here.

After a quick scan you see that it certainly isn’t something that is easy to understand or read and therefore there is no way it can be understood by our bodies – that’s my rule. If you don’t know what it is or understand it, then neither does your body.

I was super excited to learn that the G8 was launching an enquiry into the safety of genetically modified food after meeting yesterday and discussed the safety of aspartame also, given it is often made from genetically modified bacteria, E Coli, in most markets that it is supplied to. Yes, you read that right. Oh, and it was invented by Monsanto in 1981. Yes, you read that right too. Monstanto also created deadly pesticide, now banned, DDT and Agent Orange, that the poor people of Vietnam are still paying for the after effects of today, 50 years after the Vietnam war, where it was used. Oh, and Round Up is their brain child too. The dying bee populations of the world are loving that stuff. Not. Evil peeps that ordinary people like you and I can wise up about, make better choices, and kiss goodbye!

Here’s the Independent UK’s article with all the details.

So, do you know someone that needs to kick a fake sweetener habit? This graphic might help them. 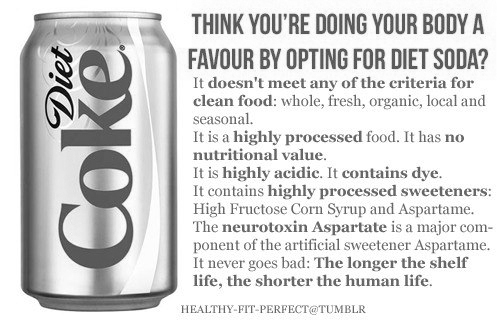 And I will add that because it is highly acidic, the aluminium of the can leaches into the liquid which causes a heavy metal build up in our bones and that certainly isn’t good for anyone!

Real food = Happy Bodies, so go and enjoy a Kombucha, Kefir, Smoothie, Lemon and honey soda water or natural cordial syrup, home made. It’s all better than this weirdness.