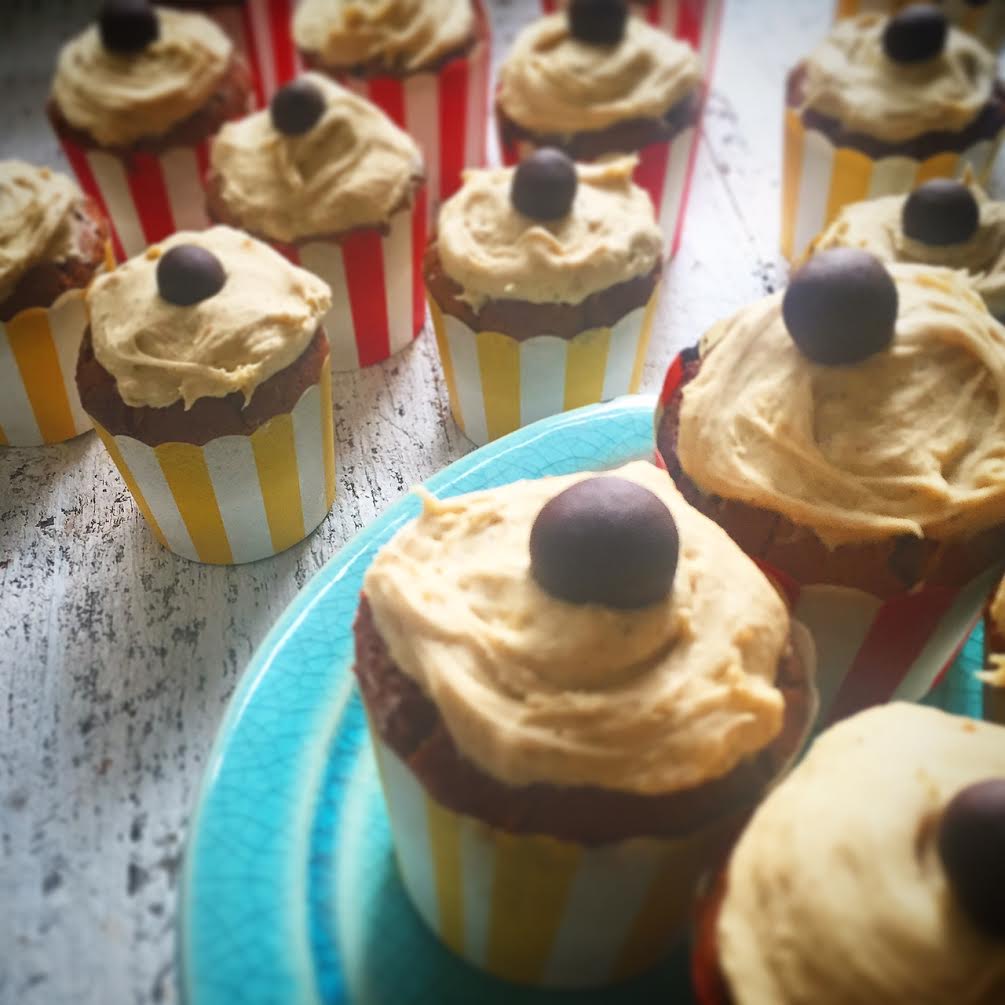 I have wanted to create a super low sugar icing that tasted good for ages. I believe it’s here, if I do say so myself. This is inspired by one of Jude Blereau’s recipes from her Wholefood for Children book, where the way you get the sugar out is by thickening some coconut cream first and incorporating it into the beaten butter / sugar… This is even higher in the coconut mixture and half the sugar again with a rapadura for a really caramelly taste – I figured as part spread where there will be several sweet things grabbed in quick succession, I wanted to see if I could go ‘super low’ on teh sugar and it still pass the taste test.  You could ice 20 cupcakes with it and the recipe calls for 50g rapadura. The average cupcake will have 1/2 a tsp of sugar on top, instead of the usual 2.5 tsp sugar per cupcake in a traditional icing recipe – A massive improvement and the best part is it tastes super yummy and is packed with healthy fats!

It all came about because a friend of the family asked me to bake a super nourishing round of cupcakes for their son’s party. Then the pic of them iced the other day where I fluked the icing and didn’t measure anything out… So, much to the despair of my son, we had to test it again today as one of you guys was desperate for the icing recipe and I had some time this afternoon – such a selfless little boy, isn’t he to make it with me and be a food tester. Test passed. Hope you enjoy!

Yay! I want pictures of your various creations for this one! Tag me @lowtoxlife when you pop your treats on instagram.

I hope you love it. There’s way too much of this in my fridge right now. I’m the only one here!