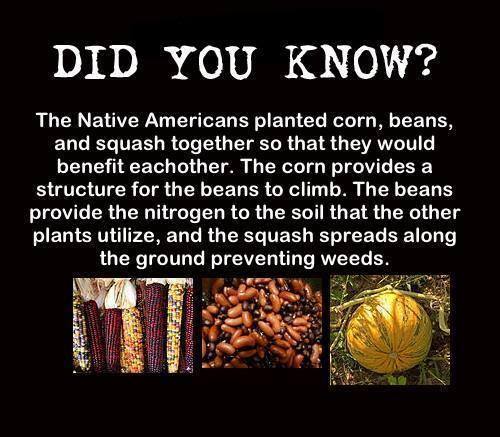 How on earth do we measure the impact of our daily food choices or just how much organic matters? It’s hard to fathom the sheer power we have in shaping the world, because we’re constantly told it’s ‘beyond us’. We are backed into corners of fear, we’re bullied into thinking the people that care are ‘extreme’ or ‘fringe’. You’ve heard me say it many a time, but we CAN do something. It’s actually stupidly easy to do something to fix some seriously major global issues such as pesticide contamination and plastics in oceans or climate change. It’s about time we just went ahead and made it cool, don’t you think?

Knowing a few little things about what the situation is currently,  can fuel our passion for understanding just how important our food choices are.

Take organic produce for example. It’s not about snobbery or a rich person’s choice and if you’re after a few ways to save, check out this post. We have to find a way to make it everyone’s choice. Community gardens, co-ops, specials at farmer’s markets, direct farm gate sales… Even if you bought 1 in every ten bits of produce organic or chemical free, think of what that does collectively?

We also have to perhaps cope with the fact that if something’s not naturally meant to grow somewhere or at a certain time of the year for climate reasons, then why do we selfishly deserve to have it in that part of the world or at that time? Why, if it means pesticides are the only way to have it grown *there* and then or air freight chilled cargo from across the world. A little crazy isn’t it?

Then there’s how something is grown. That matters so much too.

Look at this beautiful simple explanation of tandem planting that I saw on weed ’em and reap’s  facebook page. Just love this.

These days, we have a lot of mono cropping, meaning one thing grown over and over again on one farm. Those big mono crops are often plantings of genetically modified seeds of *just* soy or *just* corn for example. Then, those mono crop fields grow weeds, and guess what we need for the weeds? The toxic pesticide / weed killer stuff that the guys who happen to make the patent seeds of the corn and soy, sell – They actually sell their seeds to be ‘ready’ for their special pesticide, so they go hand in hand for the ‘best result’. Convenient, hey? That then kills the soil and over time make it void of all the beautiful minerals a healthy organic soil has. It also makes it void of the natural fertiliser that’d be there otherwise, so synthetic fertiliser is used, that contains only 3 minerals – Oh look! Same company makes that fertiliser too. How very, very convenient. So we lose our minerals in our body too, because our food’s lost them, because our soil’s lost them.

Now yes this explanation is a little general and different countries and different farmers face a myriad of challenges, but to give you a picture when it comes to genetically modified, pesticide-ready farming, because it seems that this is one of the biggest threats to our future… These agriculture bullies create the *special* seeds that are sold to these farmers on the promise of bigger more profitable crops. Now farming is bloody hard, so I don’t blame a farmer for thinking ‘sure. we’ll give it a go’. So the seeds get planted in the farms, promising farmers better yields. Then, the farmer gets increasing weeds and pesticide resistant pests, that need the sprays, and over time stronger sprays as the weeds and pests become more resistant. And so they spray. And then the big company provides new seeds, this time able to handle more of the spray. And then the farmer isn’t allowed to save seeds anymore, they have to buy new ones every year – the special seeds of course. And then the seeds blow over into the organic farmer’s next door’s field so he loses his business because he can’t say he’s organic anymore and the special seed people sue him for illegally growing *their* seeds’ crops, when that farmer never wanted those seeds, so he gets ruined through the court process (crazy stuff, right?)… and then the sprays aren’t just staying in that field. They’re ending up in rivers, oceans, wildlife… IN US. It’s big. It’s bad and the most exciting part about it all is you and me actually get a say, rather than being depressed by this and feeling powerless when we learn of such things.

We get to say, fine. If you’re not going to look after our planet and our people’s health, and our farmers who work so hard, then we’ll shop with people who are.

I cannot explain just how strongly I believe how vital it is for each of us to find a way to buy fresh, local and organic or at least ‘spray free’… so I’ll keep waffling with some more thoughts about what it actually means we’re saying ‘yes’ to 😉

We are literally committing delicious acts of justice for what is good and true in the world.

We are feeding a farmer and paying for their kid’s school books and family vacation.

We are rejecting the damage to wildlife, oceans and rivers.

We are saying YES to better health.

We are saying *we see you* and we don’t like it, to the greatest global bullies that ever existed.

We are saying YES to our kids inheriting a world where there’s still choice when it comes to easy access to fresh, pesticide free, genetically modified free food.

We are saying YES to prospering bees, because currently they get so hurt by pesticides. We very desperately need them to pollinate and be awesome, making fresh food possible for us. Without bees, it’s dire.

We are saying YES to our power to make a choice to shape the world with our shopping baskets.

Let’s fight this battle with what’s delicious, true and good. Not by staying in a place where we are always angry at what’s bad. We can literally just crowd out the bad with good. It’s that simple.

Because it’s official: You rock!