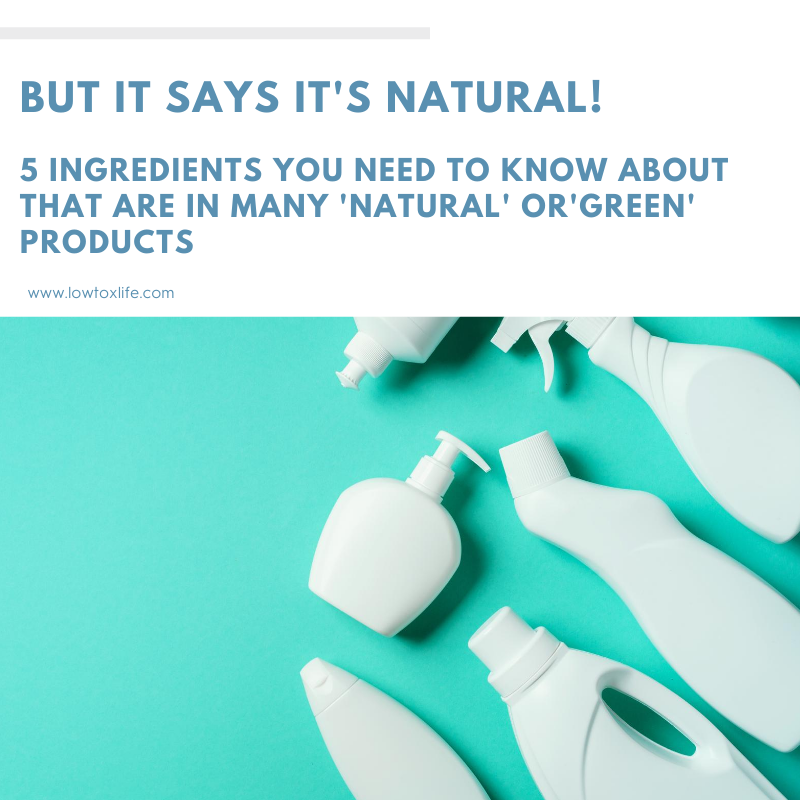 But it says it’s natural… is it really!? The number 1 comment people make day around three to four in my Go Low Tox e-course is WOAH: I truly thought I was buying green but clearly I’ve been sneakily had adn there’s a lot left to learn!!!! I’m truly not just saying that, it happens each and every round and we’re up to round 8 now so I can establish some basic patterns!

Here are a few things that may well be hiding in your ‘green’ products.

Phthalates are used in hundreds of consumer products. They’re also listed as ‘anticipated carcinogen in humans‘ which basically means they’re on the cancer watch list. If a product smells like a perfume or scent that you don’t reckon you’d be able to make yourself with essential oils, it’s likely full of phthalates. They help fragrance ‘stick’ so they’re responsible for that ‘lingering all day vibe’ that might be useful for not having to reapply, but not so useful if you want to balance your hormones, given phthalates are hormone disruptors. No fun!

These are fine for cleaning products if they’re coconut, sustainable palm or other veg oil derived (wear gloves though!), but NOT fine in personal care. Highly irritating to the skin, they contribute to and/or aggravate contact dermatitis and eczema and SLS or – even worse – the carcinogenic SLES, is is most main stream shampoo, hand soap, face and body washes. As well as being a known skin irritant they’re also a pesticide and contribute to water pollution. If it’s toxic for us, it’s also toxic for our ocean life, so make sure you keep an eye out for this in any so-called green products. We talk about SLS and SLES on Show # 2 on the podcast with Lisa Bronner, granddaughter of the beautiful Dr Bronner castille soaps. 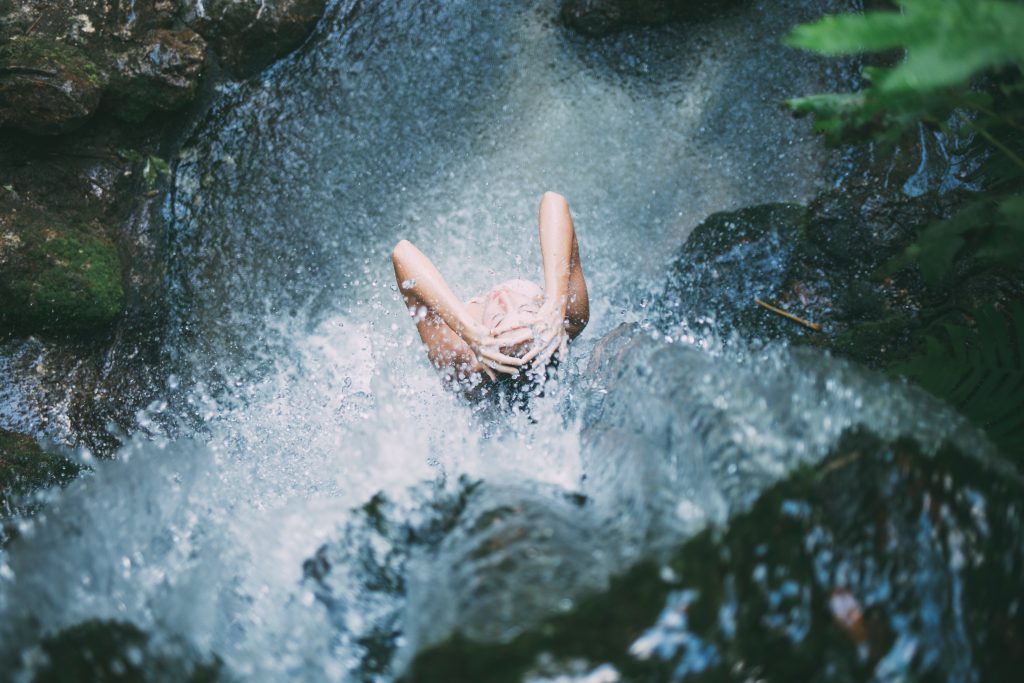 This is a popular ‘anti-aging’ ingredient but it’s mainly known for triggering rashes and skin swelling – sounds lovely doesn’t it!?. It’s often put in leave-in products like serums. After a mass outbreak of skin conditions in 2013 the European Commission called for a ban on methylisothiazolinone to be used in any leave in skin products. Although the ban never officially passed, lots of brands reduced the use of methylisothiazolinone in their products but you can still find it in lots of things – even green products. I see it all the time when people show me ingredient lists of things they think are great and there it is… 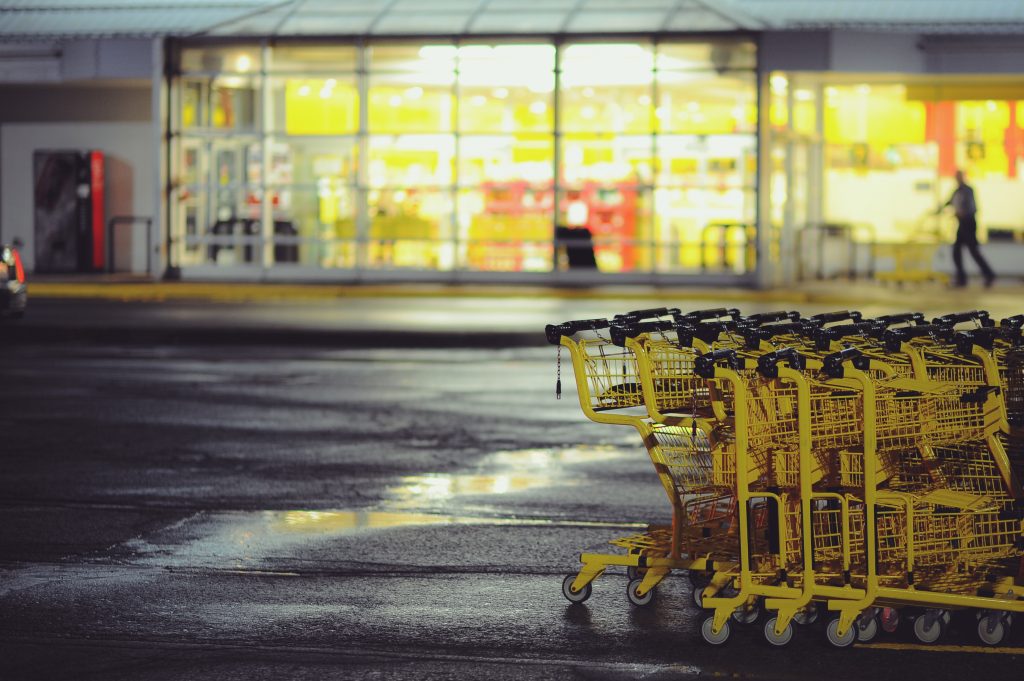 This is a penetration enhancer used in many products, it’s often contaminated with 1,4-dioxane and ethylene oxide, both known carcinogens and also on the cancer watch list. Check your bottles or anything you’re thinking of buying so you can avoid this one!

It breaks my heart when people who truly want to do the right thing by their family’s health and the plant, get duped because of all the lax labeling and chemical safety laws. Basically, while politicians are still able to be bought by the chemical lobby to conveniently NOT pass bills that call for a tightening of safety screening of chemicals before they hit the market, it’s up to people like you and I to wise up, get to know the main things to look out for, and choose well for us and the planet.

If you fancy signing up for Go Low Tox‘s next round, you will never be duped again and there’s something incredibly empowering about that.