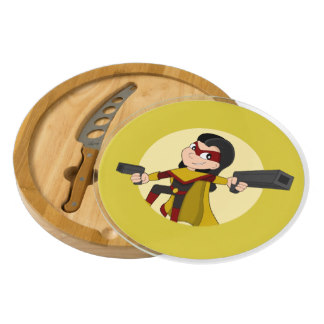 Today is the tale of a seemingly invincible packet of grated cheese – nope, it’s not a children’s book title, though it may sound it. Back in April last year I did a series of corporate talks with parents in their organizations. It was a brilliant week of change for families and we had some great discussions about ‘how we got here’ when it comes to over sugared, over msg’d and over additive laden kid’s food today. It’s my “is my food a stranger” talk one of 6 talks I regularly give and although I love all the talks I do, it’s my favourite, for it’s the ‘lid lifter’ on the convenience foods of today. It’s that first step to conscious eating and demanding better for us, our kids and the world.

Now, this is not about shaming the cheese brand. I want you to have knowledge you can use to make decisions wherever you are in the world, whatever the brand in question, so that part shall remain nameless. So what was wrong?

6 months later and there’s not a single shred of mould yet and it’s been at room temperature in a cupboard in my office since April. This cupboard regularly gets a bit of sun too, just to make things extra creepy!

A solid, ungrated block of cheese grows mould pretty quickly, even when in the fridge. The shadow here in a couple of spots isn’t mould, it’s the dark bench top behind the packet coming through. 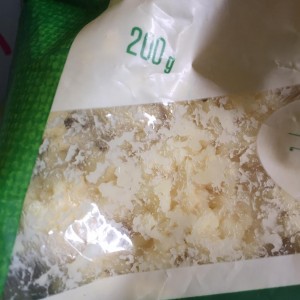 If you look at the ingredients of most grated cheese you’ll see preservative 200-203, the sorbates (which haven’t been used in foods until recently) and sometimes 220-223, the sulphites along with a cellulose type additive such as 460.

Now sorbates can aggravate skin sensitivities and asthma, so if you or your children eat grated cheese and have any of these issues, look at those additives carefully when you’re choosing items for the shopping trolley. Read more about sorbates HERE.

Sulphites have been associated with the full range of food intolerance symptoms including headaches, irritable bowel symptoms, behaviour disturbance and skin rashes but are best known for their effects on asthmatics. You can read more about them here.

Cellulose, 460, comes most often from cotton and wood industries. While it’s tiny quantities, I’m pretty sure we weren’t wired to be eating wood or cotton – especially when you think of cotton as being one of the most heavily sprayed crops in the world. No thanks.

So, the finding? There’s enough preservative 200 in this cheese to have it last, mould free and unrefrigerated for 6 months. Plus, there’s wood chip or cotton refuse used to stop the cheese from clumping.

Moral of the story? Go back to grating your own cheese if you are a dairy eating household – or do it in your thermomix if you’ve got one. With asthma, eczema, dermatisis and hives regular appearances with what families commonly have to deal with today, it stands to reason that we could do with one less ‘i wonder if’ item to worry about, don’t you think? And there’s always that it’s less plastic, too. Winning all round!

They’ll stop making what we stop buying. We’re seeing it already now how big our influence is when we group together, so in the great words of JOURNEY – Don’t stop believing! We can indeed turn this sort of craziness around.

Love cheese? Made my yummy gluten free cheese biscuits? Pop them on the list!