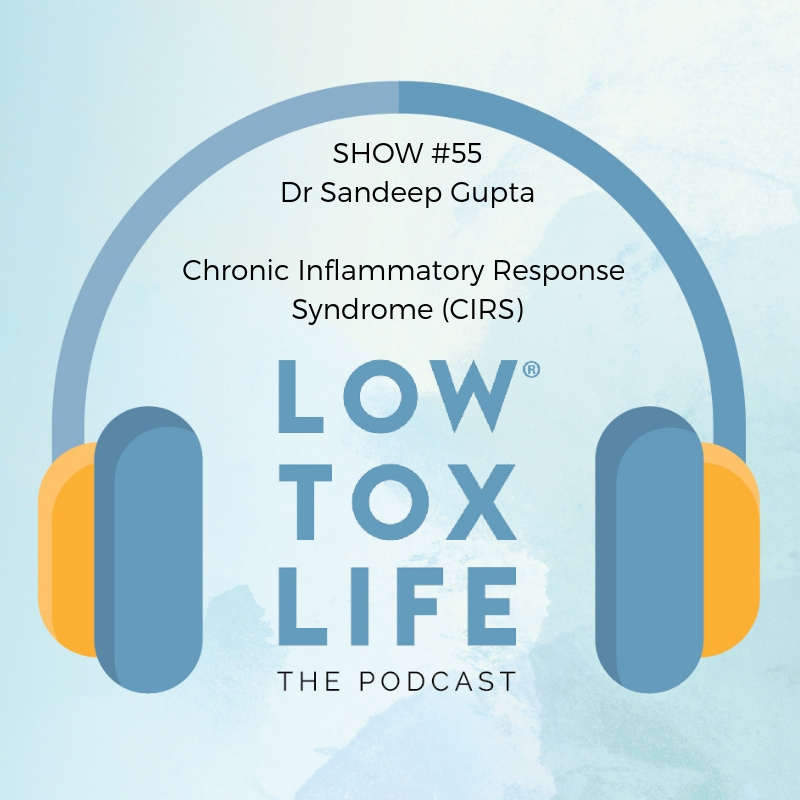 LISTEN TO THIS WEEK’S SHOW ON iTUNES, STITCHER OR SPOTIFY OR LISTEN RIGHT HERE:

We’ve become an independent show as Brooke has decided to close Jackrabbit FM. We’re great and still wonderful friends so no need to worry on that front BUT that means, in the transfer to becoming our own show, your subscription to the podcast on ITunes is no longer registered.

1. Unsubscribe on your app and then RE subscribe. Now you”ll be back to being notified / updated on the new show each Monday.

2. We lost ALL reviews. Devastated. BUT thanks to you guys we’re only 30 off from where we were which in 2 weeks is just amazing! Could you pop in and leave us one if you’ve enjoyed the show?

How to leave a review on ITunes on your phone?

Don’t be “in your show” where you see all the episodes, you won’t be able to do it. Just go to general podcast app and hit the search icon. Type in Low Tox Life. DON’T click on one of the single episode /shows that comes up, click on the Low Tox Life square tile. Once clicked on that, you’ll see 3 tabs: Details. Reviews. Related. Click subscribe, then click reviews and there you can write your review. 2 words, 1 sentence, biggest AHA… Doesn’t matter, just for you to leave one is so much appreciated and helps us stay visible in ITunes charts and Thrive. Thanks so much guys, Alexx x

Now onto the show…

Could you be experiencing chronic inflammation? Do you feel like your symptoms add up to being any number of possible ‘things’ but also unable to be pinned down as ONE thing? Or that you treat things like brain fog, sore joints, muscle weakness, funny heartbeat or adrenals and still don’t feel any better?Enter a real possibility of CIRS – Chronic Inflammatory Response Syndrome. Up to 38 symptoms are commonly experienced. A lot of you know the past year, I experienced an inflammation cascade that I’m still recovering from. For a few months there it was extremely scary until I stopped focusing on treating symptoms and trying to blow the smoke away, and started investigating what started the whole fire in the first place. While the catalyst was surgery and being ‘down’ from undergoing anaesthetic having a poor detox function; while I was down, inflammation took hold from every possible angle and with the testing available in Australia from Dr Shoemaker’s globally acclaimed healing protocol for mold illness, it looks to be mold and possibly confections. Someone I found along my way in my research and whose wonderful online course I’ve done (discount for you guys in the show notes) is the wonderful and down to earth Dr Sandeep Gupta. Dr Gupta’s work as a Dr Shoemaker old protocol trained physician is wonderful and he always explains things in such a simple way. I hope this episode helps anyone out there who’s perhaps been suffering a long time and not explored chronic inflammation as a possible diagnosis – whether it’s from mold or other things such as parasites / Lyme disease / Epstein Barr. This information was truly life changing for me, and I urge you to share this episode with anyone you know who’s chronically unwell with bizarre symptoms that don’t make sense.

If you’ve been suffering from a variety of symptoms and can’t seem to find what the root cause is, investigate CIRS by taking Dr. Gupta’s e-course, the only online course in chronic inflammatory response syndrome / mould illness. You can register HERE.

And here are all the important links:

Dr Sandeep Gupta’s e-course “Mold illness made simple” can be found here. If CIRS is something you feel you need to explore on your own health journey, register HERE.

You can find information about the VCS test, NeuroQuant scan and the 14 steps of the Shoemaker protocol at survivingmold.com

Others resources mentioned by Dr Gupta:

Quest Diagnostics for tests not available in Australia

Mould lab in Newcastle: where you can get ERMI and HERTSMI-2 tests done to assess the state of your home

I have also developed Inflammation Ninja, an anti-inflammatory on-demand e-course with meal plans, testing advice and more. Definitely check it out if you’re searching for answers and looking for some simple and quick ways to support mould illness and feel better.

Enjoy the show and thanks again for taking the time to rate and review the show – it’s like tipping the bartender and it means the world!