I was lucky to be asked to come speak at Stirring Change’s event the other night, along with Grant from Feather and Bone and the awesome Costa from Costa’s world. It was the culmination of a ‘What should I Eat’ course held by the lovely Georgia from Stirring Change. 50 graduates with a +1 each, creating 100 people heading out to the world to stir a little real food change for their families, their communities and indeed the world – because that’s just how simply change works!

I spoke about change, having a conversation that gets a little bigger every day, how to get out there and change in your community and of course Treats – a topic that lots of people struggle with, so it’s a great area to help!

While I love speaking very much,  it’s the conversations with people afterwards, the transformational journeys people share with me…I love that even more. I feel like a lucky duck who gets so much more inspiration back than I could ever give. I met loads of people that night and had to share one of the stories with you – with their permission of course.

Meeting Bernadette and her son Edward was a highlight. Roll back the clock and they weren’t the vibrant, healthy people you see before you. There was a lot of pain and suffering in their lives. Bernadette had been on antibiotics for a year, and 4 of those months intravenously for an illness a few years ago. She went through packets and packets of heavy painkillers due to the illness too. Edward suffered ADD and had been medicated for years and although wanting to be a professional golfer, could barely get through the 4 day tournaments, due to being overweight and scatterbrained. The Dad, was overweight and had insulin resistant with high diabetic risk. As a family they said: This has to stop. There must be a better way, and there was.

They’ve collectively lost 60kg. Edward is aiming for the big game pro tournaments next year and no longer has ADD. Bernadette hasn’t had antibiotics or painkillers since and the Dad is normal weight and no longer insulin resistant. How did they do it? Ditching processed packets, nourishing with real food, embracing healthy fats, minimising grains and sugars, getting their carbs and fibre from fresh veggies and fruit, seeking alternative therapies for Bernadette’s illness. They are literally a different 3 people. I asked if they minded my sharing their story, because I think for anyone out there who’s struggled with health problems or weight problems of any kind, this might serve as inspiration that there’s a light at the end of the tunnel.

Edward was excited to download Real Treats for golf course snacks to combat the hideous party pie and powderade scenario on the pro golf circuit – had to plug the book! 😉

Anyway, thanks to Edward and Bernadette for sharing their family story. If things are bad, they sure don’t have to stay that way and this family sure did prove it. Look at their gorgeous, healthy faces! 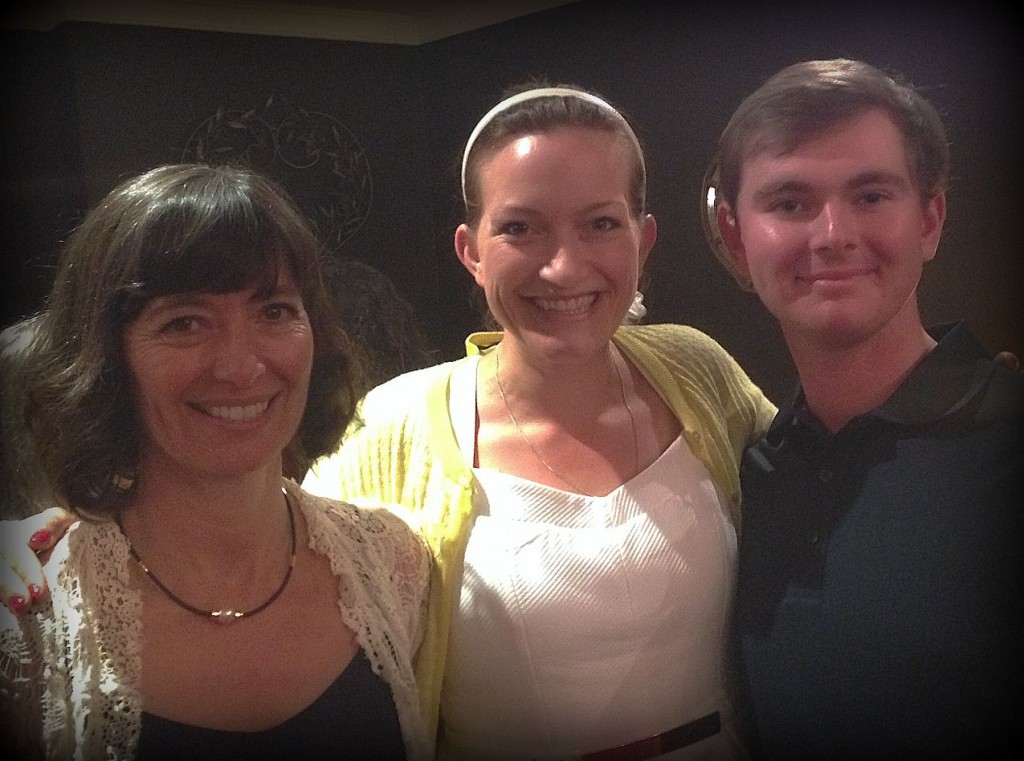